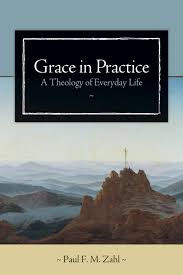 Grace in Practice by Paul Zahl

Long captivated by the idea of one-way love or “God’s grace,” Paul Zahl has often contended with accusations of being “long on grace but short on law.” “Grace in Practice” begins with Zahl’s response to the classic tension between law and grace. He then sets up the four pillars of his own theology of grace: humanity, salvation, Christ, and the Holy Spirit in the Trinity.

Having discussed grace in theological terms, Zahl goes on to address the practicality of grace, developing a systematic theology of grace that is radically understood from the Bible and consistently applied to everyday life. After helpfully narrowing down specific fields of grace, asserting throughout that grace always trumps both law and church, Zahl concludes with an expanded view of grace in everything, extending this good news to all creation. 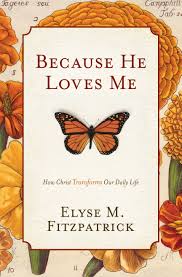 Because He Loves Me by Elyse Fitzpatrick

God’s love has the power to change lives. Christians, then, should exhibit the greatest transformation of all because, rightly understood and cherished, God’s love makes them increasingly more like the One who has lavished his love on them.

So why do we so often struggle to exhibit God’s love? Biblical counselor Elyse M. Fitzpatrick asks one simple question: “In your pursuit of godliness, have you left Jesus behind?” We need to be rescued from our “identity amnesia” and pointed to our true identity as God’s beloved children—adopted by the Father, united with the Son, and empowered by the Holy Spirit.

Fitzpatrick shows how a genuine transformation of identity leads to a transformation of our daily lives. Those who struggle with either legalism or lawlessness will find encouragement to return to God’s love, the source of authentic and lasting change. Study questions and invitations to further discovery conclude each chapter.

The Prodigal God by Timothy Keller

Newsweek called New York Times bestselling author Timothy Keller a “C.S. Lewis for the twenty-first century” in a feature on his first book, The Reason for God. In that book, he offered a rational explanation for why we should believe in God. Now, in The Prodigal God, Keller takes his trademark intellectual approach to understanding Christianity and uses the parable of the Prodigal Son to reveal an unexpected message of hope and salvation.

Within that parable, Jesus reveals God’s prodigal grace toward both the irreligious and the moralistic. This book will challenge both the devout and skeptics to see Christianity in a whole new way.

40 Days Without Food by Russ Masterson

Russ Masterson had read and heard about purpose, but didn’t have a clue what his own purpose was to be. And there was emptiness where there should have been value. “I had a college degree, and soon a seminary degree to accompany it, yet I didn’t know where to go or what to do.” As he puts it, “I kept hoping a step would arrive when it was time to lift my foot.”

Disillusioned with his life, as well as with God, he heard this advice: fast from food for 40 days. Faithless and frazzled, Russ accepted the challenge, hoping for direction, reflecting on the past, and wrestling with issues like purpose, faith, and love.

In this book, readers will find a fresh literary voice–an insightful thinker who meets people in their humanity while helping them to see they can be rescued from it. The journey of these forty days without food will help you explore what really matters in life.